← more from
Thrill Jockey Records
Get fresh music recommendations delivered to your inbox every Friday.
We've updated our Terms of Use. You can review the changes here.

Man With The Magic Soap 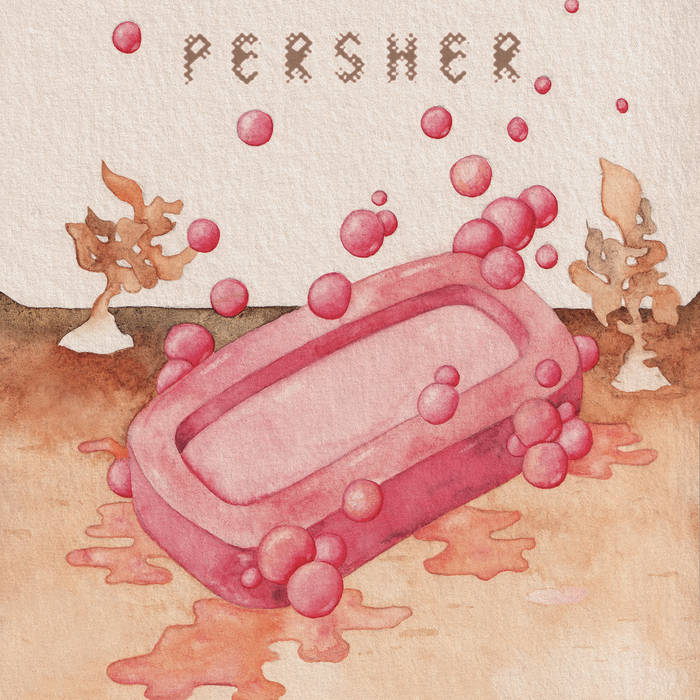 KAI D (starsmoke) This is a really cool thing, great job including synth sounds into a heavy genre, to the point where not only do they sound like they're meant to be there, they sound ridiculously heavy and gnarly. Really bringing the knowledge of electronic music and sound design they have to a new field and killing it. Favorite track: Face To Face Cloth.

Persher is the new project from producers Arthur Cayzer (Pariah) and Jamie Roberts (Blawan). Both artists’ boundaryless solo releases have established them as two of the most inventive and versatile producers in electronic music, extending from chest-rattling rhythm workouts drenched in rumbling low-end to psychotropic soundscapes that blossom from synthesizer pads into tangible atmospheres. Their live collaboration Karenn recaptures the punk ethics and energy of early dance music pioneers, the duo improvising to create genuine moments of surprise and transcendence. Persher channels that same ingenuity and abandon into an exploration of heavier sonics, using unusual processes to sculpt sky-clawing riffs and bludgeoning rhythms on their searing debut Man With The Magic Soap.

Balancing ferocious immediacy with meticulous sound design each track exudes the unchained energy and physicality of a live band despite its studio roots. The band elaborates: “Whilst making the record we tried hard to avoid thinking about how a band, playing in a room, might achieve a certain sound. And instead we used the instruments as source material in an attempt to produce new and interesting sounds that aren’t heard often in this type of music.” Using an amalgam of acoustic instruments and electronic equipment the duo warped original source material into bristling hooks and corrosive atmospheres, carving out an astonishingly heavy and unique sonic palette to inaugurate the project. The title track and opener “Man With The Magic Soap” emerges from a sea of writhing static, Cayzer’s lashing guitars cutting through the fog as Roberts’ vocals roll through like ominous thunderheads. “Calf” sinks back into the murk, before erupting into rolling waves of distortion and a blistering hardcore stomp on “Ten Tiny Teeth”. “World Sandwiches 2” stretches the former’s noxious electronics out into an even more colossal expanse, guitars filtered into scrambled alien transmissions in duet with Roberts’ vocals. “Face to Face Cloth” and “Mother Hen” delight in subtle intricacies, cycling through hypnotic loops that evolve slowly with almost imperceptible shifts, before collapsing into the decimating churn of “Patch of Wet Ground”. Much like labelmates The Body’s I Have Fought Against It, But I Can’t Any Longer, the resulting music exists in a kind of uncanny valley; both producers’ contributions metamorphosed into a document of a performance that never happened.

Cayzer and Roberts’ debut as Persher is the culmination of a long creative partnership and friendship. Originally bonding over their love of heavy music when they first met in 2009, Man With The Magic Soap foregrounds those aesthetic influences that have always lurked in the shadows of their music, distilling decades of immersion in punk, hardcore and metal into a record that gleefully shirks categorization. Their debut draws distinct parallels between seemingly disparate genres, using electronic synthesis to harness a wild sonic adventurism informed by punk’s ethos. Through their application of their electronic music processes in a wildly different context Persher finds liberation, joy and caustic release in bleak sonics which side-step perceived genre constraints and carve out a unique space from the group’s inception.

Bandcamp Daily  your guide to the world of Bandcamp